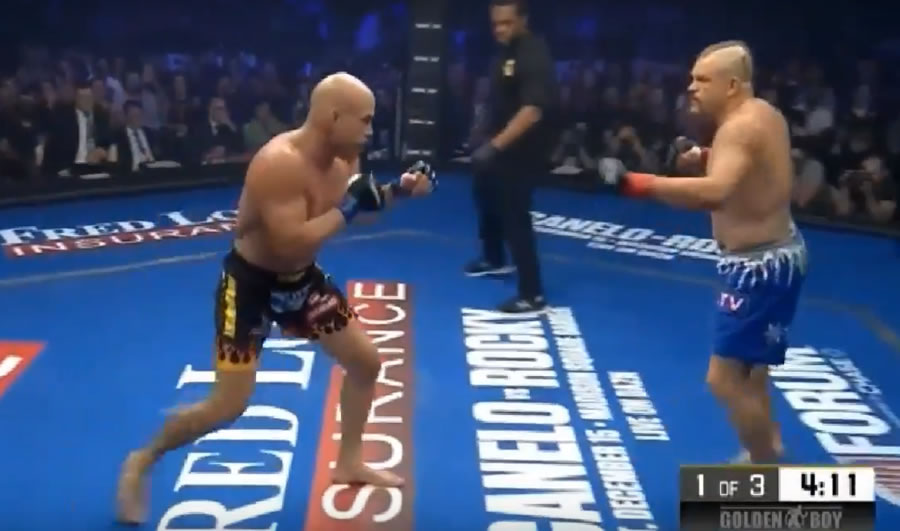 Tito has always been one of my favorite fighters. He made his UFC debut in 1997. He was still wrestling at Bakersfield and he fought for free. As a fellow wrestler, I was excited to see him enter the Octagon and meet with some success. I can say that I was one of the first Tito Ortiz fans.

Therefore, it broke my heart to see his losses to Lidell. It just seemed that Lidell simply had his number. The way their skill sets matched up simply favored Chuck. Chuck’s footwork, dangerous hands and wrestling background made him insanely difficult to take down. That meant you had to be able to beat him on his feet or at least present enough of a threat on the feet to create an opening for a takedown.

Tito simply couldn’t seem to do this. In their second fight, you’ll note that Tito lands quite a few combination on his feet. The problem is that they just don’t have the sting that Chuck’s do. And so we saw Tito lose twice.

Fast Forward a few years. Both fighters have aged but it seemed obvious that Tito has aged “better.” Whether this is due to genetics, activity, or both is irrelevant. The point is, it’s clear from Lidell’s pad work video that he hasn’t been active, whereas it’s clear Tito has. It’s also clear from his last several fights that Lidell’s chin has gone. For these reasons, I figured Ortiz might actually do it.

And it happened. Ortiz won by TKO in the first, and he was gracious about the whole thing. He didn’t gloat. He didn’t demean the man who was perhaps, his worst match up ever. It was nice to see the comradery.

It’s also exciting to see Oscar DeLa Hoya enter the world of MMA. Perhaps he WILL create an MMA empire to rival the UFC and perhaps pressure them to pay their fighters better. We’ll see.