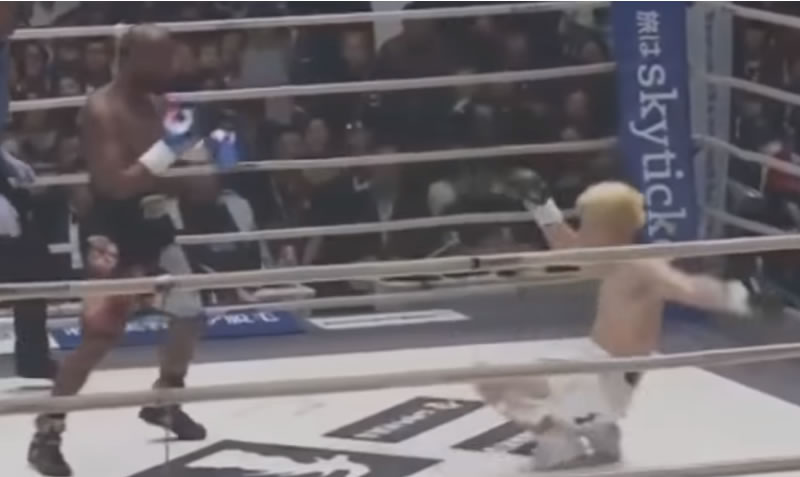 Here is what this fight proved: This is what Floyd Mayweather (even in his post-40 form) can do when he actually wants to knock you out. This is important because the layman fight fan seems to think that, because Mayweather “runs” (I disagree with the verb but let’s go with it), when fighting other world-class boxers, he would be doing so were THEY themselves fighting Floyd.

At this point, Floyd has nothing to lose and as a boxer, Tenshin Nasukawa doesn’t pose anything close to the sort of threat presented by the top boxers. He knew this wasn’t going to be a 12-round war against someone with a “puncher’s chance.”

My point here is that many fight fans fail to distinguish how defensive boxers fight against power punchers and assume that they are somehow not capable throwing bombs themselves. I’ve heard it as well, from delusional martial artists that boxers “box for points,” imagining that in a street fight, a boxer would be “running.”

This is not the case, so never get cocky against a boxer. Sure, that boxer may not be oin Floyd’s level, but are you on Tenshin’s?